Case Analysis:South Gloucestershire Council v Secretary of State for Communities and Local Government [2016] EWCA Civ 74, [2016] All ER (D) 63 (Feb)Why did the Court of Appeal uphold an inspector's decision to grant planning permission for development in the green belt? The 'extraordinary strength of the considerations that had weighed in favour of planning permission', such as the applicant’s personal circumstances, meant that it was inconceivable that the inspector's decision might have been different if the housing land supply issue had been dealt with correctly.
The Court of Appeal, Civil Division, allowed the Secretary of State's appeal against the quashing of a decision of the planning inspector in which he had permitted one mobile home to be sited on the green belt in what the inspector had described as truly exceptional circumstances. Despite the errors in the inspector's approach, it was inconceivable that he would have reached a different conclusion to the one he had and the judge had erred in the exercise of his discretion. The inspector's decision would be restored.

What is the national policy position on development in the greenbelt?

What are the NPPF requirements in relation to housing supply in local plans?

The NPPF provides that local planning authorities (LPAs) should identify and update annually a supply of specific deliverable sites sufficient to provide five years’ worth of housing against their housing requirements. Therefore LPAs should have an identified five-year housing supply at all points during the plan period. Planning Practice Guidance advises that considerable weight should be given to the housing requirement figures in adopted local plans, which have successfully passed through the examination process, unless significant new evidence comes to light.

An inspector allowed an appeal, under section 78 of the Town and Country Planning Act 1990 (TCPA 1990) against the claimant LPA's deemed refusal of development permission. In allowing the appeal, the inspector granted planning permission for the stationing of a mobile home for residential purposes with hard standing plus the construction of a utility building ancillary to that proposed use on a site in the green belt.

In making the decision, the inspector had weighed the harm to the green belt against matters including the personal circumstances of the second respondent (AZ) and his family, and the five-year housing land supply. The inspector concluded that the harm to the green belt was outweighed by those material considerations such that special circumstances existed.

The High Court allowed an application under TCPA 1990, s 288, to quash the inspector's decision, on the basis that the inspector had misunderstood and misapplied the Planning Practice Guidance in concluding that the LPA was unable to demonstrate a five-year housing land supply. The guidance provided that LPAs should 'aim to deal with any undersupply within the first five years of the plan period where possible. Where it is not possible, authorities will need to work with neighbouring authorities under the duty to cooperate' and 'up-to-date adopted plans, as in this case, should be the starting point for calculating the five year supply'.

The High Court had considered that, if the inspector's decision was allowed to stand, it could be relied on as a precedent to cast doubt on the efficacy of the core strategy. The Secretary of State appealed.

Why did the court uphold the inspector's decision to grant planning permission?

The Court of Appeal acknowledged the 'highly unusual circumstances' of the case in holding that the High Court judge had erred in the exercise of his discretion in such a way as justified setting his decision aside. The court noted that errors of law had been made at appeal. The inspector had misconstrued the implications of the NPPF, paras 47, 49, which require there to be a five-year supply of land for housing in the LPA's area. However, given the 'extraordinary strength of the considerations that had weighed in favour of planning permission' it was inconceivable that the inspector's decision might have been different if the housing land supply issue had been dealt with correctly. The considerations included:

In summary, the harm the development would cause was 'undoubtedly outweighed by the other material considerations', and, in the application of government policy for the green belt, the harm was 'clearly outweighed'.

Lord Justice Lindblom concluded that this was a case in which, rather than remitting the case to the judge, it would be right for the Court of Appeal to exercise its own discretion to uphold the inspector's decision to grant planning permission.

What are the implications of the decision for LPAs and developers?

On an application for judicial review, if the court finds errors of law in the decision, and exercises its discretion not to grant relief, it must be satisfied that the decision would have had the same outcome if the legal error had not been made.

In this case, the judge admitted that 'it was one of those exceptional cases in which the court, in its discretion under s 288(5)(b) of the 1990 Act, should refrain from quashing an inspector's decision flawed by legal error and his decision would be restored'.

The Court of Appeal was careful to emphasise that this was a highly unusual case. An abundance of case law in recent years has demonstrated that 'very special circumstances' are not easy to establish. LPAs are coming under increasing pressure to allow building in the green belt to meet new targets for supplying land for housing and the balance between promoting development and protecting green belts is inevitably controversial.

COMING SOON to Lexis®PSL: New module dedicated to Planning Law! Further details will follow soon but in the meantime, if you'd like to know more please email jen.hawkins@lexisnexis.co.uk 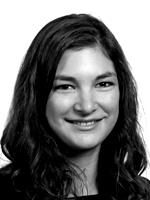