PI claims in respect of renewable energy projects usually arise from the negligence of either the designer or the contractor who has breached their obligation to act with ‘reasonable care and skill’.
The distinction between a designer and contractor is sometimes blurred, particularly with renewable energy products where the product designer may also be responsible for the implementation of the product. This is usually the case with smaller-scale renewable energy solutions.
PI insurance is only likely to cover a designer/contractor’s liability where they have contracted to provide a service with ‘reasonable skill and care’ (which would be implied into the contract in any case), rather than the higher duty associated with warranting that their product will be ‘fit for purpose’. That said, if an employer demands that a fitness for purpose obligation is included in the designer/contractor’s appointment, an endorsement to the PI policy could be agreed.
Given renewable technologies are relatively new and are under constant development, it is to be expected that designers and contractors will encounter issues while they gather experience of designing and deploying these technologies, and subsequently incur liability.
Furthermore, Californian-based GCube Insurance recently indicated that there has been a significant rise over the last 5 years in the number of claims in the U.S. renewable energy market as construction firms have come under pressure to build projects more efficiently and in shorter timeframes. With less experienced personnel being used to handle increasingly complex equipment, the frequency and severity of claims is on the rise. Similar risks likely apply in the UK. It is, therefore, essential that insurance policies are drafted carefully to avoid coverage where operators of equipment are inadequately trained.

This note focuses on key areas of disputes and liability in respect of: (1) wind power; (2) waste to energy plants; and (3) solar installations. It also considers briefly a recent and apparently ongoing claim regarding hydroelectric power. While the examples considered are not exhaustive, given the ever-shifting landscape of liability, they address known ‘hot spots’ for liability that have emerged.

Generally, throughout the construction stage for wind power, the possibilities of disputes (and consequent PI claims) arising would be like any conventional construction project. However, one specific issue which has affected wind turbines on several occasions has been the failure of their foundations.

Although each case will turn on its own facts and the specific wording of the contract, the Supreme Court’s decision serves as a useful reminder that a contractor/construction professional cannot always rely on the defence that they exercised reasonable skill and care. This case is also of concern to construction professionals as, typically, PI policies exclude cover for strict liability (e.g. for guaranteeing fitness for purpose). Agreeing absolute design obligations could, therefore, leave construction professionals in a situation where there is a gap in cover.

There are other scenarios in which claims could arise, including:

Waste to energy (W2E) projects are not technically ‘renewable energy’ projects. Rather, they provide an alternative to landfill. These projects take waste and convert it into a valuable product; usually electricity and heat. Typically, this is often done by burning waste and using the hot gases to boil steam and turn a steam turbine. However, new technologies also allow for ‘baking’ of the waste at a high temperature to produce synthetic gas, ‘syngas’, which can be burned directly in gas turbines. W2E projects generate revenue both through the collection of waste products and through the generation and export of power.

Once operational, ‘throughput’ is the term denoted to the amount of material, or the number of items, which pass through a W2E system. A high throughput is necessary to ensure maximum intake of waste and maximum electricity generation and, therefore, maximum income for the plant.

Plants are designed for a particular waste composition. Faults with the design of the plant may prevent the planned composition of waste in the W2E system from being used effectively by the plant, reducing throughput and leading to a loss of income for the plant. This, in turn, can then lead to claims for negligence against the designer.

On the other hand, the operator of the plant is usually responsible for the provision of the waste and may fail to provide the composition of waste necessary for the plant to operate in accordance with its design. Subsequently, the operator may be subject to a professional negligence claim for failing to act with reasonable care and skill in gathering the necessary composition of waste, although, in reality, it is difficult for the operator to control this.

Disagreements may arise between the designer and the operator in respect of where the responsibility for the composition of the waste lies and the criteria the plant should have been designed to meet, opening both parties up to the possibility of professional negligence claims.

As W2E technologies continue to develop, designers may also find that they incur liability where a major component of a system that they have designed simply does not operate as expected. Where remedial works are required, claims may be brought against the designer for loss of income resulting from operating the plant at a reduced capacity.

A key element of claims arising from solar energy systems comes from the installation of the system itself to the existing infrastructure (particularly in a residential context). First, the contractor responsible for installation must ensure that the existing roof structure can actually accommodate the additional load of a solar panel. When assessing the risk, underwriters should check that the individuals at the potential insured have (1) an appropriate dual-qualification to make the assessment of the structural stability of the roof, or (2) had a certified professional make the assessment, before any installation takes place.

Where solar energy is not being used for electricity generation, but simply for thermal water heating, an assessment of the existing infrastructure of the property is also necessary. A failure to do so could result in a substantial claim should the system later fail.

The UK government closed its Feed-in Tariffs scheme to new applicants on 31 March 2019 (though applications to the scheme can be made until 31 March 2020 in respect of eligible systems installed before 31 March 2019). There is a possibility, therefore, that liability could also arise where a contractor delayed the installation of a renewable technology meaning that the consumer lost the benefit of an applicable subsidy or tariff. See, for example, GPP Big Field LLP v Solar EPC Solutions [2018] EWHC 2866 (Comm) in which the court held that, had a liquidated damages clause not been effective, it would have awarded general damages because the delay meant that the claimant was not eligible for a particular Renewable Obligations Order Feed-In Tariff (it qualified instead for a lesser tariff which was still available). See News Analysis: Liquidated damages clauses were not unenforceable penalties (GPP Big Field v Solar EPC) for further details.

Hydroelectric claims can arise from: water turbines failing; the breakdown of electrical and mechanical machinery; and damage from water surges. SSE v Hochtief [2018] CSIH 26 is a recent Scottish decision which involved a claim concerning a hydroelectric power scheme.

First published on LexisPSL Construction. The views expressed by our Legal Analysis contributors are not necessarily those of the proprietor. 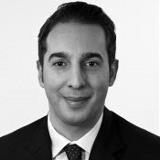