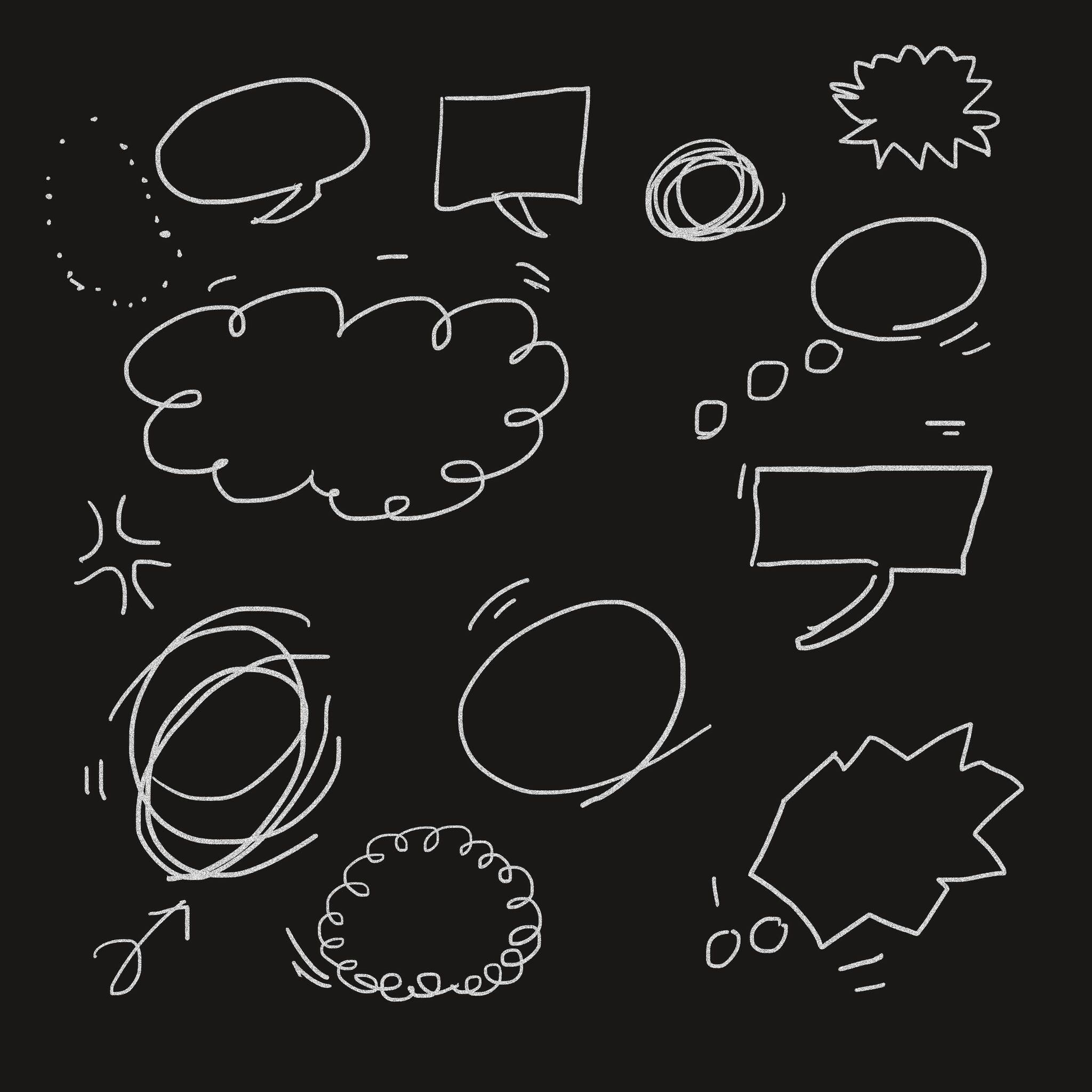 On 26 February 2014, the Supreme Court unanimously allowed the appeal in the case of Coventry v Lawrence (aka the Fen Tigers Case).

The case concerned a number of issues relating to the law of private nuisance, a common law tort. Lord Neuberger, giving the leading judgment, found that the respondents’ activities constitute a nuisance and that they had failed to establish a prescriptive right to carry out those activities.

The judgment contains plenty of points of interest which will require far greater analysis than is contained in this article. But what follows is a brief summary of a few of the key issues covered in the judgment.

Factual Background of the case

The Appellants (Lawrence and another) purchased and moved in to a property known as Fenland in 2006. The Respondents (Coventry and others) are the owners and operators of a racing track and a stadium located 500 to 800 metres from the appellants’ property which is otherwise primarily surrounded by agricultural land.

Since being constructed in the late 1970s, the stadium has been used for various motor sports including speedway racing. In 1997 the local council issued a Certificate of Lawful Use stating that stock car racing and banger racing had become an established use of the stadium and were therefore become immune from planning control enforcement, pursuant to section 191 of the Town and Country Planning Act 1990.

Having initially complained to the local council in 2006, in 2008 the Appellants issued proceedings in private nuisance against the four Respondents and two other defendants. At first instance HHJ Seymour QC ruled that three of the six defendants were liable in nuisance and made an order limiting the level of noise to be emitted. On appeal the Court of Appeal unanimously overturned the judge’s decision and dismissed the Appellants’ claim in its entirety.

Jackson LJ, who gave the main judgment, held that it was wrong that the actual use of the stadium and the track with planning permission could not be taken into account when assessing the character of the locality for the purpose of determining whether the activities constituted a nuisance.

What is a nuisance?

The judgment, citing familiar case law, reaffirms the well-established parameters of a nuisance:

“A nuisance can be defined, albeit in general terms, as an action (or sometimes a failure to act) on the part of a defendant, which is not otherwise authorised, and which causes an interference with the claimant’s reasonable enjoyment of his land” [Para 3]

The Court further noted, that whether a particular activity causes a nuisance often depends on an assessment of the locality in which the activity concerned is carried out.

Key issue to be decided

The issues raised by the appeal are set out at paragraph 6 of the judgment:

The final issued considered by the Court revolved around the issue of the approach to be taken in considering whether to grant an injunction to restrain a nuisance being committed, or whether to award damages instead.

It is well established a defendant can have a right to carry on an activity which would otherwise be a nuisance. One way to gain such a right is through prescription.

In order to establish a right by prescription, a person must show at least 20 years uninterrupted enjoyment as of right. The right must not be established by force, nor stealth, nor with the licence of the owner. The court had little problem in finding that these rules extend to an easement of noise:

“I conclude that, in the light of the relevant principles, practical considerations and judicial dicta, it is possible to obtain by prescription a right to commit what would otherwise be a nuisance by noise, or, to put it another way, to transmit sound waves over neighbouring land.” [Para 41]

However, for reasons explained in the judgment, the evidence presented by the respondents fell well short of establishing that the activities had caused a nuisance to Fenland for a continuous period of 20 years and therefore they could not be said to have acquired a right through prescription.

“Coming to the nuisance”

On the second issue, Lord Neuberger held that it is no defence, for a defendant who is sued in nuisance, to contend that the claimant came to the nuisance by acquiring or moving into the property after the nuisance had started.

However Lord Neuberger went on to consider the situation (not at issue in the appeal) where a pre-existing activity is claimed to have become a nuisance as a result of the claimant changing the use of, or building on, her land. In such circumstances it was acknowledged that there was the possibility of a successful defence.

The court concluded that in this instance there was no question of the respondents being able to rely on the fact that the appellants came to the nuisance. The appellants used their property as a residence. As the property had been built as a residence in the 1950s, this use predated the activities carried on at the stadium or track.

The third issued required consideration of what should be included in an assessment of the character of the locality, for the purpose of the assessing whether a defendant’s activities constitute a nuisance.

Lord Neuberger found that it is open to defendant to rely on his activities as constituting part of the character of the locality, but only to the extent that those activities do not constitute a nuisance:

“to the extent that the defendant’s activities constitute a nuisance, it seems wrong that he should be able to have them taken account when assessing the character of the locality: he would be relying on his own wrong against the claimant.” [Para 73]

The effect of planning permission on an allegation of nuisance

The Court found that the conclusion reached by the Court of Appeal on this issue to be unsatisfactory stating that:

“it seems wrong in principle that, through the grant of a planning permission, a planning authority should be able to deprive a property owner of a right to object to what would otherwise be a nuisance” [Para 90]

Instead, Lord Neuberger relied on the comments of Carnwath LJ in Barr v Biffa Waste Services Ltd [2013] QB 455 that the common law of nuisance had co-existed with statutory controls since the 19th century without the latter being treated as a reason for cutting down private law rights.

However, Lord Carnwath was careful to note that his comments in Barr relate to environmental regulationrather than planning control. He further notes that his statement is “open to the criticism that as a blueprint for the future development of the law it was unduly simplistic”. The dangers of offering too broad brush an assessment of the relationship have been noted by Maria Lee, who warns:

“It is not realistic to look for a single, across the board response to the complicated relationship between tort and regulation, or even just nuisance and planning permission…”

At paragraphs 193 – 194 Lord Carnwath provided a valuable insight to the relationship between planning and nuisance:

“There is, however, a fundamental difference between planning law and the law of nuisance. The former exists to protect and promote the public interest, whereas the latter protects the rights of particular individuals. Planning decisions may require individuals to bear burdens for the benefit of others, the local community or the public as a whole. But, as the law stands, it is generally no defence to a claim of nuisance that the activity in question is of benefit to the public.

Thus planning controls and the law of nuisance may pull in opposite directions. A development executed in accordance with planning permission may nevertheless cause a substantial interference with the enjoyment of neighbouring properties.”

The award of damages instead of an injunction

The final issue and perhaps most significant issue considered by the court was the possibility of awarding damages instead of an injunction. The Court held that the prima facie remedy (in addition to damages for past nuisance) is an injunction to restrain the defendant from committing the nuisance in the future. This places the legal burden on the defendant to show why damages should be awarded in place of an injunction.

After a careful consideration of the on the current state of the authorities on this point, the Court concluded that there should be much more flexibility in considering whether to award damages rather than the mechanical application of A L Smith LJ’s four stage test set out in the Shelfer case. Lord Neuberger finding that, the test must not be applied in such a way as to act as a fetter on the classic exercise of discretion by the court.

The court did not resolve the question, but more than hinted at the likelihood of future developments in the practice of the courts and greater discretion as to remedies. Lord Sumption noted:

“the decision in Shelfer is out of date, and it is unfortunate that it has been followed so recently and so slavishly…the whole jurisprudence in this area will need one day to be reviewed in this court.” [Para 161]

In a case where planning permission has actually been granted for the use in question, Lord Sumption was strongly in favour of allowing the activity to continue but to compensate the claimant financially for the loss of amenity and the diminished value of his property.

“the right to enjoy one’s home without disturbance is one which I would believe that many, indeed most, people value for reasons largely if not entirely independent of money.” [para 168]

Lord Mance noted his concern that the solution offered by Lord Sumption put the significance of planning permission and public benefit too high, in the context of the remedy to be afforded for a private nuisance. Lord Neuberger expressed support for this view:

“I see real force in what Lord Mance says at paragraph 168.”

There was understandable reluctance to give too much detail on a reformation of the principles regarding remedies in nuisance cases, Lord Carnwath noting that the issue “does note strictly arise in this case”. Despite this,  Lord Carnwath’s remark at paragraph 240 of the judgment is telling. Citing, a leading academic on the issue:

For what it’s worth, I also agree.

This article was written by Ben Du Feu and was originally published on the Environmental Law blog on 3 March 2014.