In a significant judgment (Grove Developments v S&T), the Technology and Construction Court held that an employer was able to challenge by way of further adjudication the amount due to a contractor in respect of an interim application, by reference to the true value of the works: even if the employer had not given a valid payment or pay less notice.

In the court’s view, this conclusion was supported by first principles and Court of Appeal authorities, and it described analysis in the earlier decisions of ISG v Seevic and Galliford Try v Estura as ‘erroneous and/or incomplete’.

What are the implications?

This ruling by Coulson J, who shortly leaves the TCC for the Court of Appeal, represents a significant departure from previous authorities—most notably the 2014/2015 decisions of Edwards-Stuart J in ISG v Seevic and Galliford Try v Estura.

Those cases held that, where a paying party under a construction contract failed to give a payment or pay less notice, it was deemed to have agreed to the amount stated in the contractor’s interim payment application, and therefore could not challenge the ‘true value’ in adjudication (or otherwise).

This previous position gave support to ‘smash and grab’ adjudications, in which, following a failure by an employer to give the required notice, a contractor could obtain an adjudication decision for the amount in its application (which may be significantly more than the employer considered to be the true value of the works) which the employer would then be unable to challenge until the next payment cycle or even the final account.

In light of this new judgment, where a paying party fails to give a valid payment or pay less notice:

However, it is worth noting that there was a question as to whether the court’s finding in this regard was obiter (although the court did not think that it was) and that it drew support from the specific terms of the contract (a JCT Design and Build Contract 2011), in particular the distinction between the use of ‘sum due’ and the ‘sum stated as due’.

Click here to read our full analysis of the case (subscription to LexisPSL required: sign up for a free trial here). 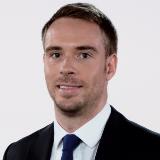