The Upper Tribunal (Lands Chamber) has found that where a landlord incurs managing agent’s fees in the course of a collective enfranchisement claim by leaseholders, these may – provided they were reasonable and properly incurred - be recovered from the nominee purchaser under s.33 of the Leasehold Reform, Housing & Urban Development Act 1993.

Columbia House Properties (No.3) Limited (“CHP”) was the freehold owner of Imperial Hall, 104-122 City Road, London EC1V 2NR (the “Property”). On 20 January 2012 Imperial Hall Freehold Limited (“Imperial”) served a notice on CHP pursuant to section 13 of the Leasehold Reform, Housing and Urban Development Act 1993 (“the 1993 Act”) claiming the right collectively to acquire the freehold of the Property. By a counter-notice dated 22 March 2012 that right was admitted. In due course a contract for the sale of the Property was entered into and the sale completed. Imperial paid CHP’s legal and valuation costs but refused to pay the costs incurred to their managing agents. CHP made an application to the First Tier Tribunal Property Chamber (Residential Property) (the “FTT”), seeking payment of those costs but the FTT refused to order that these costs were recoverable.

The Upper Tribunal (Lands Chamber) (the “UT”) found that where a landlord incurs managing agent’s fees in the course of a collective enfranchisement claim by leaseholders, these may – in principle - be recovered from the nominee purchaser under s.33 of the Leasehold Reform, Housing and Urban Development Act 1993. The tribunal held that there was no reason in principle why costs incurred under section 33 of the 1993 Act should not include those of a professional agent, or why such costs could not include those of a managing agent (rather than a solicitor or a valuer). As regards the recoverability of such costs in any particular case, Paragraph 11 of the judgment (referring to s.33(2) of the 1993 Act) stated as follows: “It goes on to prohibit the freeholder from recovering more than might reasonably be expected to have been incurred if he had been personally liable for the costs (the ‘paying party’ test). If a freeholder chooses to use agents to carry out work then it may recover those costs provided they relate to the matters set out in subsection (1)(a) to (e) and are reasonable which includes that they are such as might reasonably be expected to be incurred by him if he had been personally liable for them.” The UT was not satisfied that the FTT’s refusal to make an order in respect of the managing agent’s costs was based on any proper consideration of whether they were reasonable and properly incurred and so the appeal was allowed. End of article 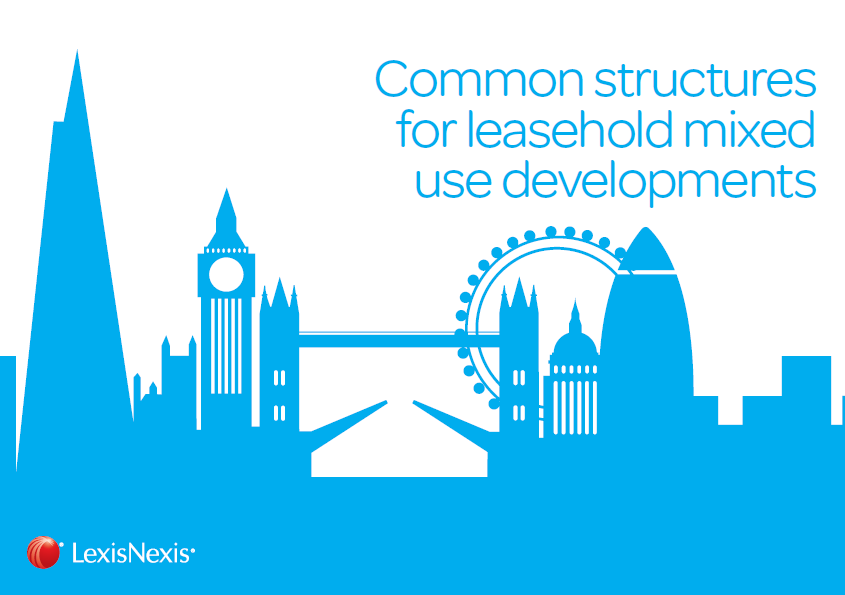 When a proposed mixed use development includes a residential element, a degree of caution should be exercised. A number of potential risks/issues arise. A number of these can, however, be avoided/reduced by careful ownership structuring at the outset. This note details the most common pitfalls and risks and sets out (including detailed diagrams) the best structures to minimize risk and safeguard viability in the most common scenarios.       CLICK HERE FOR YOUR FREE DOWNLOAD!