Last week’s Supreme Court ruling in Bresco v Lonsdale [2020] UKSC 25 has already been widely reported and discussed. It has been heralded by a number of commentators as a welcome decision for insolvency professionals, who will now look to utilise adjudication as a quick and convenient route to determine claims in the liquidation of construction companies.

The decision does, however, raise a number of important questions. Emma Healiss, barrister at Keating Chambers, considers what the answers to some of those questions might be.

What will the test be on enforcement?

As explained in News Analysis: Supreme Court—construction adjudication not incompatible with insolvency set-off (Bresco v Lonsdale), the Supreme Court concluded both (1) that an adjudicator to whom a dispute is referred by a party in liquidation does have jurisdiction to determine the dispute, and (2) that such an adjudication is not futile because, whether or not the decision will ultimately be enforceable, adjudication is a valid and useful form of ADR in its own right.

The notable point here is that the Supreme Court expressly acknowledged that some adjudication decisions commenced by companies in liquidation would not be enforced. Indeed, at paragraph 67 of the judgment, Lord Briggs stated:

“The proper answer to all these issues about enforcement is that they can be dealt with, as Chadwick LJ suggested, at the enforcement stage, if there is one. In many cases the liquidator will not seek to enforce the adjudicator’s decision summarily. In others the liquidator may offer appropriate undertakings, such as to ring-fence any enforcement proceeds: see the discussion of undertakings in the Meadowside case. Where there remains a real risk that the summary enforcement of an adjudication decision will deprive the respondent of its right to have recourse to the company’s claim as security (pro tanto) for its cross-claim, then the court will be astute to refuse summary judgment.”

The question then arises – what will be the test applied by the TCC on an application to enforce an adjudicator’s decision by way of summary judgment? Whilst this was not expressly spelt out in the Supreme Court’s judgment, it is clear from the final two sentences of paragraph 67 that Lord Briggs endorsed the reasoning in Meadowside Building Developments Limited (In Liquidation) v 12-18 Hill Street Management Company Ltd [2019] EWHC 2651 (TCC). On that basis, the test applied prior to the Supreme Court’s decision is likely to still be applicable, namely:

Only where the answer to both questions is ‘yes’ is the decision likely to be enforced. For a recent example of a case where these criteria were considered to be satisfied, see Balfour Beatty Civil Engineering Limited v Astec Projects Limited [2020] EWHC 796 (TCC).

An end to injunctions to prevent companies in liquidation from adjudicating?

Several commentators have written that the Supreme Court’s decision is likely to mark the end of successful applications for an injunction to restrain an ongoing adjudication on the basis that the referring party is in liquidation. Is this correct?

Lord Briggs considered the fact that Bresco was in liquidation was not a sufficient reason to restrain the adjudication proceedings by way of an injunction. As he explained at paragraph 60 of the judgment:

“...it is simply wrong to suggest that the only purpose of construction adjudication is to enable a party to obtain summary enforcement of a right to interim payment for the protection of its cash flow, although that is one important purpose. In the context of construction disputes adjudication has, as was always intended, become a mainstream method of ADR, leading to the speedy, cost effective and final resolution of most of the many disputes that are referred to adjudication. Dispute resolution is therefore an end in its own right...”

However, Lord Briggs did not discuss the utility or otherwise of smash-and-grab adjudications where the referring party is in liquidation. Such adjudications do not, of course, “determine the net balance” between the parties as Lord Briggs envisaged (paragraph 65). Instead, they often leave the responding party seriously out of pocket and looking to recover a substantial sum from the referring party by way of a true value adjudication or further interim payment cycle.  The incompatibility between the balancing exercise to be carried out by liquidators under the Insolvency Rules and interim payments was discussed in Indigo Projects London Limited v Razin & Anor [2019] EWHC 1205 (TCC).

If companies in liquidation seek to adjudicate such disputes, responding parties may well still be able to persuade the TCC to grant an injunction restraining the adjudication on the grounds that the adjudication proceedings lack utility.

What exactly can an adjudicator consider as a defence to a claim?

Paragraphs 62 and 63 of the judgment are perhaps some of the most interesting.  In those paragraphs, Lord Briggs explains the way in which adjudicators may deal with defences and cross-claims raised by a responding party.

It is well-established that an adjudicator has jurisdiction to determine every point which may be advanced by the responding party by way of defence to the referring party’s claim.  However, it is commonplace for adjudicators to refuse to deal with defences where they perceive them to be well outside the scope of the dispute referred to adjudication, for example where the defence relates to another contract between the parties.

Paragraphs 62 and 63 of Lord Briggs’ judgment should hopefully limit these occurrences in the future. The principles as set out in those paragraphs may be summarised as follows: 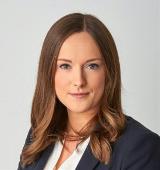 Emma is a barrister at Keating Chambers, specialising in construction, engineering and energy disputes arising both internationally and domestically. Emma has substantial TCC advocacy experience and is regularly instructed as junior counsel on large-scale international arbitration disputes. Emma is also developing a busy public procurement practice and regularly acts for bidders and buyers.