4 ways you might be affected by the Party Wall Act

4 ways you might be affected by the Party Wall Act

What happens if an existing party wall is damaged and one neighbour wants to do something about it because it is affecting them, but their neighbour is not cooperating? What is the process and what can be recovered if there is damage to either party as a result of either the neglect/delay and/or the repair works? 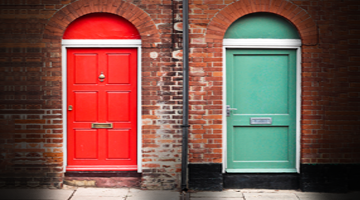 1. Can I compel the adjoining land owner to cooperate in repairing a party wall?

It may be that the party wall is damaged and you are concerned to ensure it is repaired, but that your adjoining land owner is simply not interested or not around (eg an absent landlord for whom the tenants will not provide contact details).

You cannot, by the Party Wall Act 1996 procedure, compel the adjoining land owner to participate or cooperate with you as regards any proposed repair works.

You can, however, proceed with the Party Wall Act 1996 process and obtain an award, which will at least give you some protection should the adjoining land owner later complain about the work being done. The party wall award can also allocate costs for the works if the works are to repair existing structures.

2. The building owner has allowed a party wall to fall into disrepair and it is damaging my property—what can I do?

Unless there is a party wall process already under way, this scenario is dealt with outside the Party Wall Act 1996.

If an existing party wall is damaged but the building owner (on whose land the party wall is situated) fails to do anything about it, any neglect or inaction on their part in repairing the party wall may give rise to an actionable nuisance and an obligation to repair will arise, ie you would have to consider bringing an action to compel your neighbour to repair the wall.

If the building owner still does not act, and you are suffering damage as a result of the disrepair, you can seek to recover damages to cover the cost of repairs to the party wall and damages for any damage to your property as a result of the lack of repair (Bradburn v Lindsay [1983] 2 All ER 408).

The normal principles of nuisance apply. Hence, the nuisance must constitute an unlawful interference with your use and/or enjoyment of your land or property and must have caused actual damage.

Note: the converse will apply if the party wall is situated on your land and lack of repair is causing damage to the adjoining land owner.

3. The building owner is carrying out party wall works—what rights or obligations do I have?

If the building owner wishes to carry out work to an existing party wall that is damaged, assuming that they correctly serve notice pursuant to PWA 1996 before the works are due to commence, you have no right as the adjoining land owner to prevent them from exercising their rights under PWA 1996.

You can, however, influence how and when such rights are exercised by participating in the party wall process and you are recommended to do so.

There are also instances where you can seek security for your costs in relation to such works.

Once the works have commenced, you have certain obligations (as well as rights) under PWA 1996. In particular, you must allow access for works and inspections to be carried out, having received 14 days’ notice from your neighbour (except in the case of emergencies).

4. The building owner is carrying out Party Wall works, which are damaging my property—what can I do?

It should be noted that the right to compensation is extended to adjoining occupiers, meaning that those who are not actually allowed to participate in the dispute resolution procedure but may nevertheless suffer loss or damage (such as tenants or other residents) are entitled to compensation (PWA 1996, s 7(2)).

This rule is subject to certain exceptions in the case of works to an existing party wall; for example, compensation is not normally payable where a building owner is carrying out works to a wall that is already in a state of disrepair.

Produced in partnership with Victoria Jones of Cognition LLP