In remarks following the third week of intensive negotiations on the future UK-EU relationship, UK chief negotiator, David Frost had warned the talks ‘may not succeed’. While Lord Frost reported ‘some progress in a positive direction’ working on the basis of ‘common draft treaty texts’, he acknowledged a lack of an agreement in ‘significant elements’. EU chief negotiator, Michel Barnier, signalled the EU’s intention to remain ‘determined, patient and respectful’ towards securing ‘open, but fair in all areas’ future co-operation. Talks resumed in Brussels on 16 November 2020, while UK Prime Minister, Boris Johnson, entered a two-week self-isolation period under coronavirus (COVID-19) rules. Meanwhile, preparations are being urged for all scenarios at the end of the Brexit transition period on 31 December 2020 (IP completion day), including changes taking effect in any event. 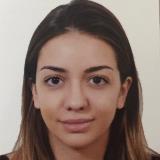