In an age old industry witnessing a rise in new players, how can lawyers and institutions ensure they stay ahead of challenges and opportunities in trade and commodity finance? Richard Usher, partner at DLA Piper, outlines the potential for closer engagement with the needs of customers, and so too the importance of making effective use of due diligence.

What are the key documentation trends in trade and commodity finance at the moment?

At one level, nothing new—financiers are still providing finance to borrowers for a variety of transactions and we see the traditional forms of security being requested and provided over the goods.

At the same time there are nuanced variations on the old themes as financiers and borrowers look to differentiate themselves. As we conclude in the final question, we are seeing ever more comprehensive due diligence being requested by financiers before they agree to fund transactions, especially where goods are located in jurisdictions perceived to be high risk, and certainly before they consider entering into repo structures.

We see the so called challenger banks and independent finance companies offering generally quite vanilla trade finance structures, but either to smaller customers who would not require the size of facility to interest the larger banks, or who are looking to finance in jurisdictions where the larger banks’ risk committees are perhaps a little reticent to fund. This is perhaps not so much a trend in documentation as a trend in the nature of finance providers.

In the bunkering world, we have acted for banks using receivables financing as a means of funding bunker companies rather than the traditional finance methods. This is as a result of the OW Bunkers case (PST Energy 7 Shipping LLC and another v OW Bunker Malta Ltd and another [2016] All ER (D) 75 (May)) in which, as a result of the combination of retention of title clauses and the ultimate right of the vessel to burn the bunkers prior to title passing, the Sale of Goods Act 1979 did not technically apply. As title to the bunkers potentially did not pass down the chain of suppliers to the vessel, then financing banks could not take security over the bunkers, or more worryingly, did not have the security over the bunkers they though they did.

Changes to the accounting treatment of repos which come into force in January 2018 are also beginning to attract attention from those banks who use them—here there are potentially a number of structuring changes which will need to be made.

On exchanges—we have seen a number of exchanges used for trading equity repos and there is scope for something similar for physical commodity repos as well.

Are there any significant changes to deal structures at the moment?

Aside from the abovementioned situation concerning repos, we’ve spoken to a number of large and challenger banks, about the possibility of combining traditional supply chain and trade finance products to offer a single ‘cradle to grave’ facility to customers. This would essentially offer a trade finance facility to a customer to purchase raw materials or components to be used in their manufacturing business (essentially secured over the raw materials), but switching that finance to a receivables finance facility once the finished goods are delivered to a distributor or an end user. By doing this, the borrower has a one stop shop and the bank ties in customers. Master asset based lending (ABL) documents are being amended to bolt on TF lines.

Are there any recent cases or legal developments that are impacting directly on documentation?

Historically, the Mercuria v Citi case (Mercuria Energy Trading Pte Ltd and another v Citibank NA and another[2015] EWHC 1481 (Comm), [2015] All ER (D) 221 (May)) received a lot of attention around the continued use of the repo structure and there were concerns that, as a result of the events in Qingdao, repos would lose their attractiveness to banks. As we said at the time, in fact that case actually reinforced the effectiveness of repos under English Law. The real impact of that case was around:

More recently the US ANZ nickel case has again not drawn into question the underlying veracity of repos, but highlighted the need for heightened due diligence, particularly in China.

A couple of cases on letters of credit and standby letters of credit reconfirmed the autonomy of those instruments, and the fact that banks do not need to concern themselves with underlying commercial disputes before deciding to honour a conforming presentation.

Are there any other documentation issues that practitioners should be aware of?

Trade and commodity finance has been around a long time and with very few exceptions most situations in the trade finance life cycle have been thought of and documented. Tools are there for financiers to secure themselves against monies advanced, whether one considers:

What practitioners need to be especially aware of is to remember that as the goods financed move through the physical chain from raw material to finished product, they will often move from mine to load port to transport, to discharge port to storage. It is vital to ensure that at each stage the right form of security is in place and also that the form of security is tailored for the specific stage of the trade cycle and the actual jurisdiction in which the goods are located.

As mentioned above, most problems occur when financiers lose sight of the goods and so they should ensure that adequate diligence on deal structures is completed both before funding and especially once they are on risk. Use of respectable third party inspection companies and collateral managers are essential, but often this element of the security is not adequately drafted in the transaction. 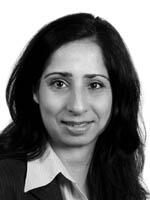