To the rescue? Contractual recognition of bail-in for financial institutions

To the rescue? Contractual recognition of bail-in for financial institutions

From 1 January 2016, firms are required to implement article 55 of the Bank Recovery and Resolution Directive (BRRD), which requires EU firms to include a contractual recognition of bail-in clause in a wide range of non-EU law governed contracts. Doug Shaw, managing associate at Linklaters, examines the potential effect of the requirement on transactions, and the current difficulties it is posing for firms.

What are the requirements of BRRD, art 55?

Article 55 forms part of the bail-in provisions under the BRRD that provide for creditors to absorb the losses of failing banks, rather than the government or taxpayers (which, in contrast, is referred to as a ‘bail-out’). It achieves that by giving resolution authorities the power to write-down liabilities of the bank (for the purposes of loss absorption) and to convert certain creditors into shareholders (for the purposes of recapitalising the bank).

In the modern banking sector, institutions typically operate cross-border. One of the related issues is whether the bail-in tool will be effective in respect of liabilities governed by a separate system of law. For example, if a UK bank or investment firm were to be subject to resolution action, there is a question as to whether counterparties to New York law-governed contracts would need to respect any decision of the Bank of England to bail-in liabilities under that contract. Essentially, can the counterparty enforce the contract in New York irrespective of the resolution action?

While the BRRD sets out mutual recognition requirements throughout the EEA (such that, within the EEA, courts are obliged to recognise resolution action taken by EEA resolution authorities), there remains a potential issue where liabilities are governed by non-EEA law. Article 55 addresses this issue by requiring relevant entities to negotiate provisions into the relevant contract itself. Under those provisions, the counterparty recognises the effect of the bail-in tool and agrees to any amendment to the terms of 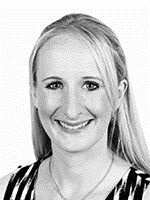