Who are thekey players in themarket?

Bank lending remains suppressed compared to historic volumes, as banks deleverage against a background of increased regulation and higher capital requirements, including under Basel III. In 2013, according to European Central Bank data, net loan issuance to corporates in theEurozone was negative for thesecond consecutive year.

Since thefinancial crisis, governments throughout Europe have recognised that thepromotion of non-bank lending is a necessary complement to traditional bank finance. In March 2014, theEuropean Commission announced that it is investigating thenon-bank lending market as a source of funding for long-term economic growth in theEurozone.

Non-bank funding sources include insurance companies, pension funds, asset managers, hedge funds, and sovereign wealth funds. These institutional investors have funds to deploy and are keen to seek yields in a low interest rate environment. This is reflected in both thedevelopment of direct investment products by institutional investors and their increased participation in thesyndicated loan market. The same appetite for yield also exists for private investors, as seen in theenthusiastic take up of retail bonds.

Evidence suggests that it is thesmall and medium-sized companies (SMEs) which have felt theeffects of thetightening of banks’ purse strings most acutely. Without ratings, they are unable to access thepublic bond markets. While large corporates are also looking to diversify their funding sources, it is generally theSMEs who have themost to gain from improved access to thenon-bank lending market.

What are thekey non-bank lending products? 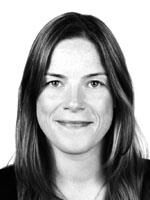