Fintech and the syndicated loan market

Fintech and the syndicated loan market

The LMA Fintech Conference on 23 May 2019 brought together roughly 250 + bankers, lawyers, knowledge management and technology professionals to debate issues and opportunities in the syndicated loan market arising from Fintech and LegalTech.  At the same time, the LMA launched the results of their fintech survey. Suffice to say that most respondents to the survey and attendees at the conference see Fintech and LegalTech generally as a positive addition to the market, potentially providing cost and time efficiencies in loan syndication, notwithstanding that the tech may well in due course take over some of our roles.

In the LegalTech space the use of document automation, transaction management tools, closed databases and artificial intelligence (AI) have all taken foothold to reduce time and cost inefficiency in syndicated loan transactions.  Whilst firms have used template or precedent documents in the past, technology is being explored which could produce the first draft of a full suite of transaction documents by simply filling in one questionnaire.  AI has been used for due diligence/contract review purposes particularly in secondary trading in the past (NPLs in particular) and will now be used, going forward, to read contracts for LIBOR replacement exercises.  A further potential use for AI could be to combine it with document automation eg for a repapering exercise – AI could be used to extract information from done deals which could then be automatically used by document automation systems to repaper a deal. Transaction management tools and closed databases reduce the amount of time and email traffic involved in pre and post-closing administrative tasks such as managing transaction checklists and bibles.

A bi-product of using such tools is that the metrics such systems provide, can show how long particular tasks take, who is doing them etc allowing for further investigation into how processes can be streamlined. The panellists noted that whilst such improvements and efficiencies are welcomed by the legal profession, the make up of law firms and legal teams will necessarily be changed as a result. It is clear that, going forward, lawyers will need to acquaint themselves with the law and technology equally. A question touched upon, but not clearly addressed by the panellists is, if traditional trainee tasks are being replaced by machines, how do you train the future senior lawyers who will oversee the machines?

The discussions around Fintech also gave rise to interesting paradoxes. For example, for distributed ledger technology (DLT) and AI to really take hold and be useful in the syndicated lending space, every player must embrace not only Fintech in general, but embrace the same platforms and providers.  At the same time, one panellist identified that such reliance on common tech providers could give rise to (i) competition risk with the possibility of algorithms colluding in an illegal way, and (ii) the inherent systemic risk where a whole industry relies on the same technology providers/solutions – what happens if the technology has a blip, is hacked or fails?  Other regulatory risks identified include whether use of DLT such as blockchain would fall within the regulated activities regime (is a token a financial instrument?), whether the use of technology constitutes a form of outsourcing, and whether there are issues with lack of transparency where AI or robots are used in decision making. As always, such risks, once identified, could be mitigated and managed, in particular by educating the humans still involved in transactions on the workings of the technology.  Unsurprisingly, the panellists identified that regulatory and legal changes are necessary before Fintech can fully be embraced, particularly as the syndicated loan market involves so many players in different jurisdictions (each with slightly different regulatory and legal regimes).

If these challenges can be overcome, in particular, smart contracts and DLT could be used to revolutionise the syndicated lending market.   If the law of the jurisdictions involved allowed for it, self-executing contracts which are legally enforceable (all the necessary elements of a binding enforceable contract) could be represented and executed by smart contract code stored on a DLT.  The “middle man” could be taken out of transactions, or at least his/her role could be streamlined, but it is clear that this is some way off.  In the meantime, platforms such as LenderComm are being developed further and could be rolled out across the syndicated lending field to streamline agency and loan servicing tasks (primarily used for sharing of information on a private network at the moment).

As the information available through DLT would be verified and trustworthy, the market would be more open to players who would otherwise be excluded eg smaller lenders. The need to “trust” in the counterparty would be reduced (since the information forming the basis of the transaction is verified) meaning transactions could happen more quickly and with new participants. Secondary trades would be much quicker and easier once the original deal information is available on DLT. For these reasons and more, embracing Fintech could increase liquidity in the market.  However, for the time being it seems that there is relative inertia – one speaker spoke of the need for a change in not only the “legacy tools” but also for a change in the “legacy mindset” for Fintech to make significant changes to the syndicated lending market. 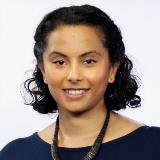 Malti is a solicitor specialising in financial restructuring and insolvency. Malti trained at Baker & McKenzie and qualified into the restructuring, recovery and bankruptcy group there. She then worked at Taylor Wessing as a senior associate in the restructuring and corporate recovery group for a number of years, specializing in both domestic and cross-border transactions, as well as other non-contentious and advisory matters. She also experienced secondments at RBS and Zolfo Cooper (now Alix Partners).