What are the key issues in derivatives at the moment?

The derivatives industry has undergone a tremendous amount of regulatory-driven change in the last decade. While the dust has nearly settled, the market is still working hard to implement the patchwork of new rules and adjust to the realities of the new trading environment.

How has the market dealt with the margin requirements being implemented?

The transition into the provision of initial margin (IM) appears to have been successful, although implementation has been a huge undertaking that has demanded a great deal of resource. The International Swaps and Derivatives Association (ISDA) published a suite of standard documents to aide compliance and most ‘phase 1’ institutions (ie those subject to the obligations from the outset due to their trading volumes) saw no significant interruption to trading when the obligations went live in September 2016 and February 2017.

In contrast, many market participants had been concerned about the phase-in of variation margin (VM) for the remainder of the market on 1 March 2017. Those rules capture a far larger number of market participants and required tens of thousands of documents to be updated or entered into afresh in a relatively short space of time. While the statements made by the International Organization of Securities Commissions, the European Supervisory Authorities and the Financial Conduct Authority at the end of February 2017 have given some breathing room, there continues to be a lot of work required behind the scenes to ensure implementation as soon as possible.

Have there been any recent cases that have had an impact on derivatives?

There continue to be interesting judgments emanating from the Lehman Brothers process. In particular, Lehman Brothers International (Europe) (LBIE) v ExxonMobil Financial Services BV (ExxonMobil) [2016] EWHC 2699 (Comm), [2016] All ER (D) 138 (Nov) saw a very interesting discussion of the practicalities of closing out under the global master repurchase agreement (although some of the principles are equally applicable to other master trading agreements, such as the ISDA master agreement). The discussion of when ‘close of business’ occurs for the purposes of providing valid notice provided an interesting deconstruction of a phrase that regularly appears in commercial contracts.

Blair J explained that, where parties wished to impose a definite cut-off time (in that case for receipt of notices), they could do so expressly. The fact that the contract does not state a time, and uses the term ‘close of business’ instead, gives a useful flexibility, and should deter arguments based on the precise time of receipt, which may make little commercial sense. While the meaning of ‘close of business’ depends on its context, it was argued that banks in London continue to do business after 5 pm (and, in this case, evidence was produced that they close at around 7 pm). As a result, a notice given at 6.02 pm was considered to have been delivered before close of business in London.

Are there any documentation issues that practitioners should be aware of?

In the context of regulatory change, it’s important that lawyers familiarise themselves with the relevant market standard documentation designed to aid compliance. Those documents often represent the product of hundreds of hours of industry working groups and contain many clauses that provide a compromise between the commercial concerns of the market and the regulatory requirements. Examples include the new suite of ISDA documents published for use in connection with margin, namely the VM Credit Support Annex (CSA) and, in the context of initial margin (IM), the IM CSA, credit support deed, collateral transfer agreements and security agreements. However, it is also important for practitioners to be aware that they will need to reach their own conclusions about compliance.

What will derivatives practitioners be primarily focused on for the second half of 2017?

In the second half of 2017, we expect focus to be on a number of the other regulatory initiatives, including the Benchmark Regulation (EU) 2016/1011 and the Markets in Financial Instruments Directive 2014/65/EU (MiFID II). The majority of the provisions under the Benchmark Regulation will apply from 1 January 2018, including, notably, the requirement for ‘supervised’ users to have contractually addressed the robustness of fallbacks where a benchmark ceases to be available or undergoes a material change. After its initial postponement, MiFID II will apply from 3 January 2018 and, among other things, will introduce the derivatives trading obligation and commodity derivatives position limits, together with a significant extension of existing reporting obligations.

We will also see more work in the margin space, with the market continuing to work towards VM compliance and the deadline for ‘phase 2’ of IM in September 2017. Many will now be looking further ahead to the potentially larger group of firms caught as part of ‘phase 3’ in September 2018. 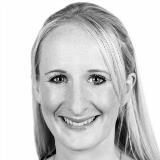