Can a majority noteholder have ‘control’ over the issuer so as to preclude it from giving direction to the agent? (Citibank, NA, London Branch v Oceanwood Opportunities Master Fund and Others)

Can a majority noteholder have ‘control’ over the issuer so as to preclude it from giving direction to the agent? (Citibank, NA, London Branch v Oceanwood Opportunities Master Fund and Others)

This case considers whether a majority note holder had sufficient ‘control’ over the issuer of the loan notes, in accordance with the terms of an indenture, so as to preclude it from giving direction to the agent and trustee under an intercreditor agreement.

The courts decision in this matter highlighted the importance of taking a commercial approach to the interpretation of provisions so as to prevent the occurrence of an absurdity.

The court had to decide whether one company had ‘control’ of another company either through its holding of a majority of issued loan notes or de facto through its overall interest in the company’s finances. The court made it clear that it did not intend to set out a prescriptive definition of the term ’control’ and emphasised that in determining whether control existed or not context was everything and the matter should be determined by the facts on a case by case basis. The definition of control was important in this instance because if the noteholder was found to have control it would be prevented from giving instructions to the agent to protect its interests.

A Norwegian company, Norske Skog AS (Issuer), issued senior secured notes (SSN) that were governed by an indenture that was subject to New York law (Indenture). Citibank, NA, London acted as agent and security trustee (Agent) on the transaction. Oceanwood Opportunities Master Fund (Oceanwood) came to be the majority noteholder by holding just over 51% of the issued SSN. The Issuer and the rest of its group fell into financial difficulty and a prolonged period of restructuring negotiations took place. However, when things didn’t work out a majority of the SSN holders, including Oceanwood, instructed the Agent to accelerate the SSN under the terms of the English law governed intercreditor agreement (ICA). A minority noteholder, Foxhill Capital Partners LLC (Foxhill), challenged this instruction by seeking to rely on a provision in the Indenture that provided that ‘in any direction...Notes owned...by any Person directly or indirectly controlling...the Issuer’ would not be considered outstanding, effectively precluding such noteholder from giving instructions to the Agent. Foxhill had prepared arguments that Oceanwood had control over the Issuer either on the grounds that it held an economic interest in more than 50% of the outstanding SSN and/or due to its close involvement with the overall finances (among other things, facilities it had provided to the Issuer and its involvement in the restructuring negotiations) of the Issuer it had de facto control over the Issuer; and, consequently, any instruction given to the Agent by an instructing group that included Oceanwood should be disregarded.

The Agent brought the case before the court to seek direction on whether or not it could follow the instructions given to it by Oceanwood.

Foxhill did not appear before the court in this matter because it did not wish to appear to be submitting to the English courts, whose jurisdiction it disputed on the ground that the matter should be decided by the New York courts due to the fact that the Indenture was governed by New York law. An earlier decision of the High Court had found that the English courts had jurisdiction over the matter as the primary document was the ICA, which was governed by English law.

The court took a commercial approach to the decision in this case and rejected all arguments that had been prepared by Foxhill, proclaiming that following such arguments to their practical conclusions would result in absurdities. In particular, taken together the Indenture, ICA and related security provided for the majority noteholders to take actions to protect their interests but a conclusion that the ‘control’ provision in the Indenture precluded the majority noteholders from being involved in instructing the Agent on enforcement matters, would result in the absurd situation of the person with the most interest in such proceedings being excluded from the benefit of documented protections just at the moment they most needed to rely upon them.

In reaching this decision the court looked closely at the meaning of ‘control’. Although this term appeared in the New York law governed Indenture the court concluded that the principles of construction that would have been applied under New York law to determine the meaning of this term were reflective of equivalent English law principles. The court confirmed that the word ‘control’ could have a wider meaning than simply equity-based control but concluded that in determining the wider meaning of the word in any given case context was ‘all-important’.

The Pensions Regulator's new teeth: how might they bite lending transactions?
Banking and Finance | 1 min read 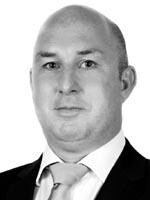