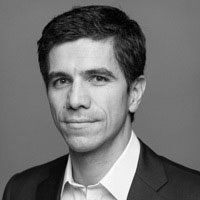 Philippe Carillon is the President, CEMEA which encompasses Continental Europe, Middle East and Africa for the legal business of LexisNexis. Philippe joined LexisNexis in 2006 as CEO of the French subsidiary. He is based in Paris.

Before 1999, Philippe spent six years at McKinsey & Company focusing on media and high-tech sectors. Prior to joining McKinsey, Philippe worked in the M&A departments of Rothschild & Cie in Paris and BW Capital in New York and also served as an Officer in the French Air Force.

Philippe Carillon received an MBA from INSEAD, a Master’s Degree in Engineering & Management from Ecole Nationale des Ponts et Chausées and a MSc in Mathematics from Ecole Polytechnique in France.