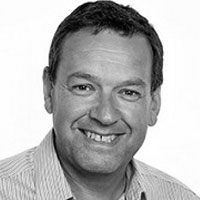 Prior to his promotion to COO in 2016, Mr. Watson held the position of EVP Global Operations from 2011. Previously he was Senior Vice President, Global Content, Editorial and Production Services (2008-11), primarily in support of the North American based businesses. His initial role with LexisNexis in 2008 was SVP, Strategy for Global Operations.

Mr. Watson joined LexisNexis from another RELX division, Harcourt Education. As SVP, Global Operations at Harcourt, he was responsible for establishing the company’s global operations organization. He also led editorial, production, customer service and support, warehousing and distribution as well as the technology group that developed Harcourt’s online education platform and products. Mr. Watson first joined RELX Group in 2001 as Director of U.S. Book Production for Elsevier, and he went on to serve as Vice President, Global Book Production, where he was responsible for the creation of Elsevier’s industry leading health sciences products, including online, print and e-learning.

Mr. Watson graduated from the University of Edinburgh with a master’s degree in English Language & Literature.

Mr. Watson splits his time between offices in New York City, NY and Dayton, Ohio and lives with his wife Ulrika. He has two children, Rebecca and Christopher, and two grandchildren.